Help - The Cross harp key riddle - can anyone help? I play in a weird tuning which I think may be open A flat to suit my voice.

My A harp works when I play blues starting at the third fret.

But I cant find a harp to work when I play starting from open position (open A flat I'm guessing?)

(basically it's open type D configuration of notes,  but up a few semi tones etc)

So logically if an A harp works when I start playing blues on the third fret, you would think an G harp may work on the open position, but it doesn't.

I think if I may be possibly playing in A flat hence would I hence need a F sharp harp, which I don't have.

Does this make sense to anyone and can they advise, bearing in mind I don't know the actual tuning?

It's a head twisting riddle I know, can anyone help?

Thanks for any help I can get

pic below has nothing to do with this blog..lol 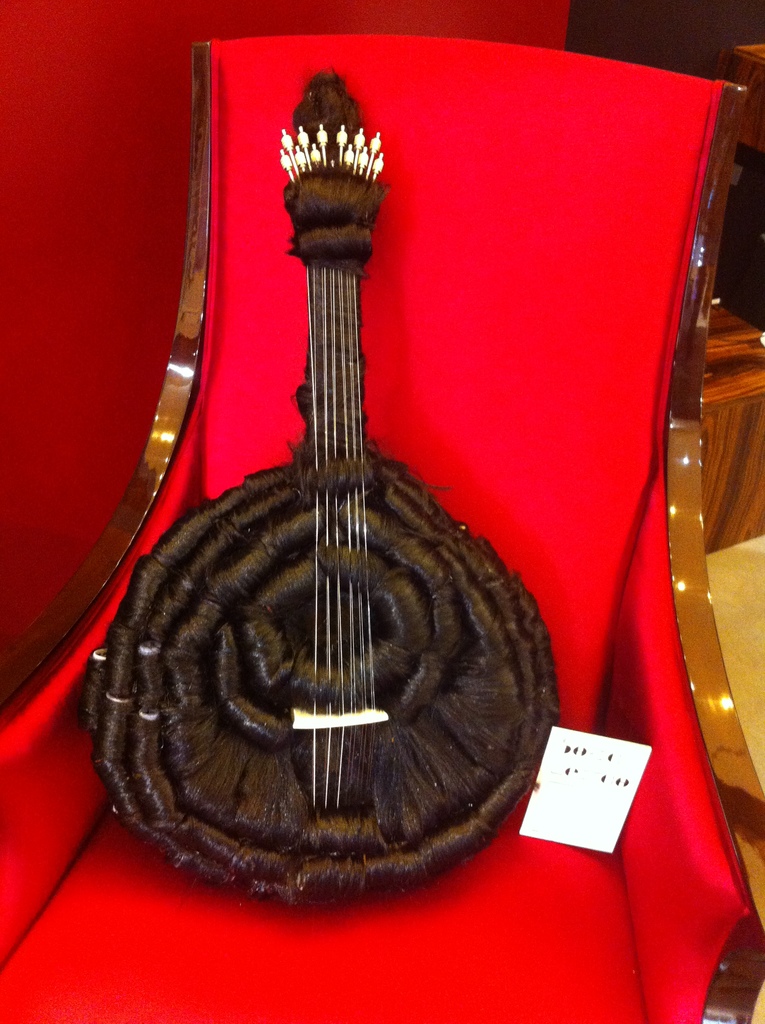 Comment by BUGGY (C) on September 1, 2015 at 4:47pm
Thanks Ron I played my gig and the harps worked a treat
Now back to figuring the key that suits my voice
Aflat and what harp... Aargh!!
Lol

In the end I played open E and used a A harp.. and I think I got away with it at Barrelhouse festival.

John I sure could do with one! lol

Thanks Ron I will have a study and see if I can get my head around this..

Bug, you need a kazoo in C sharp.

On a fretted guitar, the frets are placed to approximate what is called "equal" temperament, so that all 12 tones can be played on an individual string (this is also true on an UNfretted git, if playing slide, but you have to find the non-vibrating node of the string that corresponds to each note. And slide allows you to play "in-between" notes not normally found in Western music). The guitar in standard tuning is tuned in fourths, or intervals of 4: in the example above, an A string would be fretted at the FIFTH fret to tune the next smallest string to a D ( a so-called perfect FOURTH, with the root in this case being A, being the first note of that 4 note interval, thus: A - B - C - D. see?). There's an interesting discussion here about why the guitar is tuned the way it is: http://music.stackexchange.com/questions/1723/why-is-the-guitar-tun...


So, yer git is tuned AEA, the A5 power chord. Normally, that would be your key signature, so the cross harp to that would be...a D. So if yer playing a blues that is open A, 3rd fret (C), 5th fret (D), then either an A or D harp will work, although the D will get you those bluesy bent draw (suck) notes better. Notice, the FIFTH fret on an A string is the FOURTH note above A on a major scale: D

Are you thoroughly confused yet? It gets worse: harp players refer to cross harp as SECOND position (as in your chart below), and slant harp as 3rd position. Here's a really nice explanation of what all this means:

The big six range tend to be good for CBG as you only get the notes you need and none that you dont.

You cant seem to go wrong with these, if you can find which one goes with your song from the chart below.

Maybe the D I tried was actually a d flat harp and not a D? hmm

Not sure why you get the 4th note?

The above theory seems to work Ron

Ie f you play E,A, B7 blues on a guitar the harp would be in A you need?

So Ron I think its the fifth fret up from your root chord note...that would give you the same as the chart below quickly...I think? but I may be wrong

So as I was playing in A flat (detuned A to get my voice) I actually needed a C sharp harp, not the F sharp I have tried...

I think this makes sense but its a bug theory... and may be unproven... but it seems to give you the chart below. 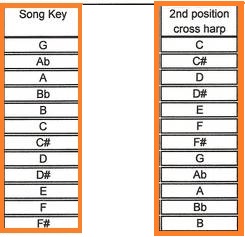 so now i'm even more confused...any idea why, I used a tuner on it and it says AEA

so playing open, 5th and 7th what harp?

Started by the anonymous pick in Other stuff - off topic, fun stuff, whatever. Last reply by Ron "Oily" Sprague 14 hours ago. 9 Replies 7 Likes

"Fun and simple project Kale! I enjoyed watching you pull it all together in a short yet detailed…"
59 minutes ago

"Great video, great simple build that sounds great! That`s got to inspire anyone who sees and hears…"
3 hours ago

"That was brilliant!"
3 hours ago

"Great job! You made a song I never liked one that I`m digging out the chords to play!"
3 hours ago

Taffy Evans replied to Infirmity Citrus President's discussion Your take on this bizarre guitar
"Hi again, just a bit more info about the Balalaika. They are commercially available in different…"
4 hours ago

""Thanks Doug", I love the Gas Torch, it's one of my favourite tools, will try and…"
5 hours ago