I just got given an old beat up electric guitar in serious need of rebuilding and I suspect it may be a Teisco but I'm not sure.

Can anyone identify this guitar please?

Also.. the spring is missing from the trem and the top of the bridge. Can anyone suggest where to go for replacements or what I could use instead? I suspect I'll have to make something and it will be a seasick Steve kinda thing, which will be fun ! 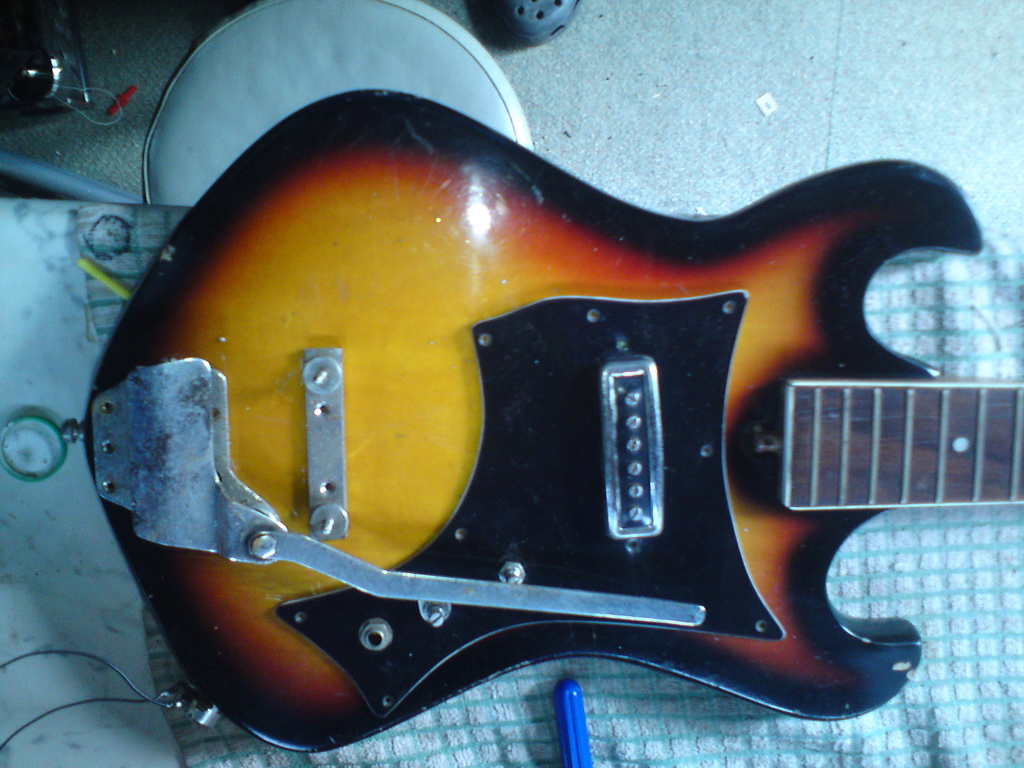 Never even heard of global :0)

I was thinking of using a bit of studding / threaded rod for the bridge by just drilling suitable holes either end and slipping that down the two bridge posts. The trem spring might be a bit trickier, but you never know what might come up at the bootfair that I can adapt. Not entirely sure it's worth the effort, the body from what I can make out is just a lump of plywood, but hey... It might sound good for slide !

When I opened it up the pickup and pots weren't even wired up and someone had snipped the pup wires right close, so I had to take it apart and solder new wires on. I haven't checked it's sound yet bit it gives a reasonable reading on the meter. The two pots and the jack socket have had it though, but they're easy to sort out.

You've inspired me to crack on with it !

Can't decide now wether to strip it back to bare wood or just leave it as a tatty sunburst. 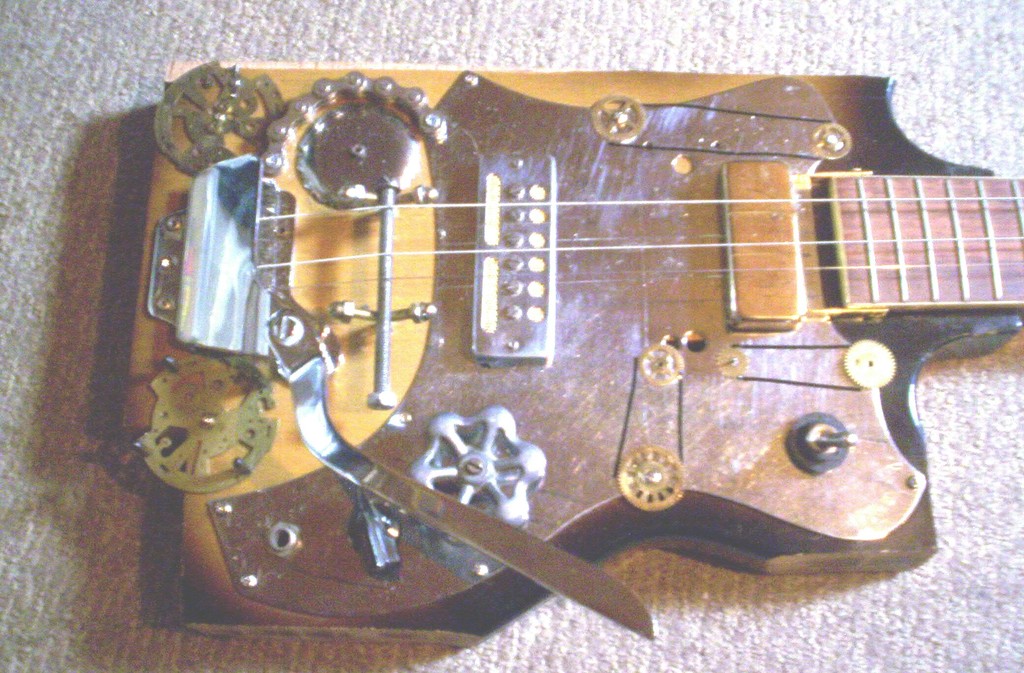 I think you could be right, I don't spose plywood is gonna look fabulous.

On the other hand..... Maybe I should put my own stamp on it and give it a right good custom job of my own :0)

I've just been given loads of top notch wood by a friend which includes a roll of vaneer.

I've also been working on a garden for a customer and there's a Eucalyptus tree that's shedding it's bark. I took a bit home and soaked and pressed it to use as vaneer and it comes up really nice. I'm thinking of maybe cutting out vaneer to cover the whole guitar body in jigsaw shapes. It'd take a while to do mind, but It could look quite groovy :0)

ps: Love the way you squared off that guitar !

I Daren't ask it what it wants,

I think it will be sadly disappointed :0)

Hey... look what just turned up on ebay.

The exact same guitar whuich has an "Audition" label on the headstock.

Is Audition and Global one and the same company?