Getting better acoustic tone and volume - some things I've learned 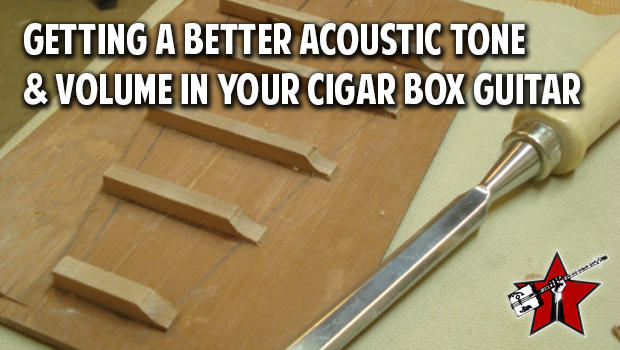 My first cbg was a three string made from a really cool Niles and Moser Chancellor box. I think I built it in an afternoon.   Against the odds it worked, stayed in tune and was fairly playable - if you ignored the biting fret ends.  Since then I’ve built about 20 or so and like the first, each has presented me with questions or problems that prompted construction of the next.

Once my awe with the original cbg waned and I started to see it with a critical eye I was bothered by the lack of acoustic output.  I built 3 or 4 the same way and all of them were pretty much useless without an amp.  That (and the historical work by Speal and McNair) got me thinking about the sound of cbgs 150 years ago.  Clearly they were doing something quite different from what I was doing, since they seemed to have produced a useful instrument that didn't rely on electrical amplification.  I wanted to know how you could get enough volume and a pleasing tonal quality out of a cigar box without the pickup.

At the outset I was convinced that at least part of the answer lay in the difference between the cigar box as it is now and as it was in the past.  Somewhere I had heard that cedar’s natural pest deterrence and delightful smell made it the wood of choice for cigar boxes.  Well, that certainly wasn’t the case with the cigar boxes I had found.  They seemed to be paper and very little wood that I could identify other than plywood.  I surmised that older boxes were likely made of solid wood and more often than not that wood was cedar.   I had installed enough cedar shingles and had seen some pretty sweet sounding classical guitars with cedar tops to realize that red cedar is very lively: roof shingles dropped onto a hard surface are almost musical. Okay so that was my “cave man” moment and I started to build my own boxes and tops in an effort to recreate what I thought was the character of an old time cigar box.

The first of these non-cigar box, cigar box guitars (?) was built on a cigar box with the original lid removed and replaced with cedar from my most likely source – left over cedar roof shingles.  Planing a roof shingle to consistent thickness and still getting enough useable length meant the top roughed out pretty thin.  I surmised that it was too thin to take the downward force of the strings and should therefore be braced in some way (later experiments have proven this).  I adapted a ladder shaped brace from a mandolin kit I had built using ½ inch by ¼ inch cedar stock.  Once I got it all together and set it up I found I had built a reasonably worthy acoustic instrument and ultimately had the answer to my question – the soundboard wood really matters, thickness matters, ie it must be thin enough to resonate and produce volume and tone and finally you've got to brace the thin soundboard from underneath as luthiers have been doing forever.  It shouldn’t come as a surprise to anyone that the answer to my question was available via a non-experimental route (the collective expertise of luthiers)– but what fun is that. 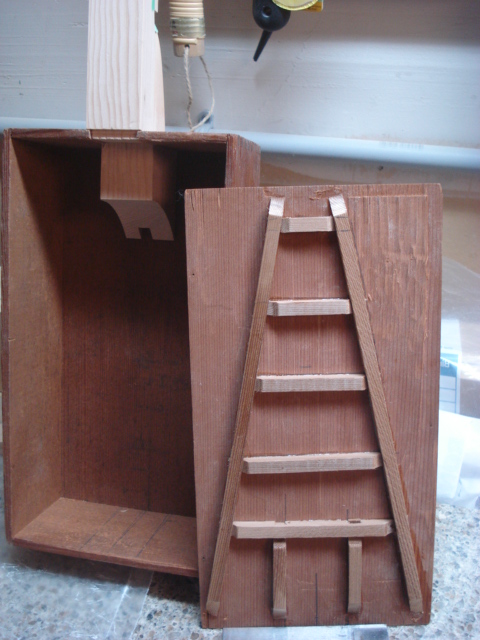 The real test of usefulness of the aforementioned principles came when I found the ultimate cigar box.  The box is a made entirely from cedar and originally contained Pandora cigars (circa 1940?).  I planed the top thin and braced it.  It is a small 5 by 9 by 2 ½ inch box.  I didn’t expect much volume but I was hoping for some sweet tone.  I wasn’t disappointed – the tone was very nice and the volume quite a bit greater than expected.  It is a fine (to my ear at least) acoustic instrument that I could play around a campfire without an amp. Of course I put piezos in it and I can run it through an amp and rock out too... 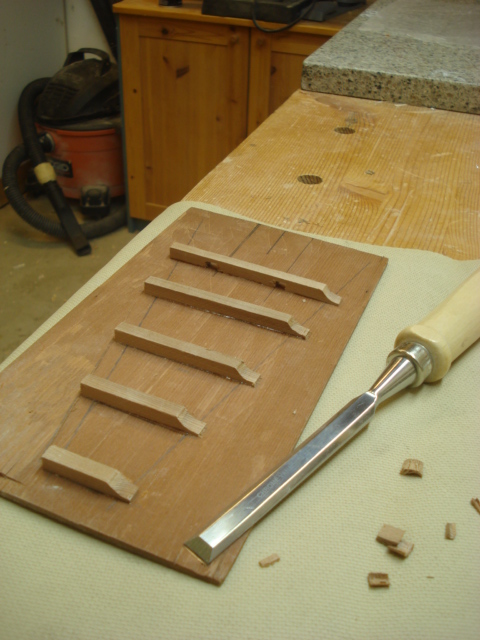 The top..thinned and braced - further experiments with braces seem to suggest very little change in the tone if these braces are refined and shaped. I know that luthiers discuss the role of brace pattern and profile at length and they can probably hear the nuances.  However,  the big gains seem to come from "thin and braced"no matter how clumsily.  As an added note I think gluing the braces to the sides of the box can result in acoustic dampening.  In one case where I extended braces to glue into slots on the box sides, the result was a dead sounding instrument.  I may be mistaken, but I think its important to be sure that the soundboard is allowed to vibrate as freely as possible. And, by the way neck wood takes a close second for imparting tone - there is a real distinction between a red oak neck (very bright sounding) and the more mellow hemlock necks I prefer to use.

Check out the audio file - ..Pandora.mp3