A Tour of Maddog's CBG Cabin

Maddog's (Patrick Mallette's) riverside cabin is a cigar box guitar emporium, workshop, and antique shop. It is a lot of fun to visit. It makes me feel like a kid in a toy store. Even more so on the day of this impromptu video. Justin Johnson's newly released Christmas CD was playing as I made the rounds. Great CD! I am going to order one. Pat (Maddog) is proud that one of his builds is used on the CD.

The cabin sits on a high west bank on the Nebraska side of the river. It is just a stones throw from Pat and Janet's steak house, The Driftwood. In the massive flooding of 2011, many area homes and buildings were ruined by the flood waters. Maddog's place was just high enough to escape, yet it is a stones throw to the water.

The Missouri River is swift, deep and powerful. Janet and friends catch catfish – large catfish- from the bank or from a boat. Pat is a river man. In his younger days, he made a living commercial fishing the river. Now he is a contractor, restaurant man, antique dealer and cbg man.

Pat's cbgs are good players and well crafted. He is primarily a three string builder and player, but there were d-bows and a deuce on hand as well. His antique dealings lead him to some great amp and cbg parts, such as his old drive in movie speaker – amps.

Currently, Pat is into fretless and he is using a lot of vintage auto license plates. Most of his guitars on hand were fretted. Unlike most CBGers, he started with frets and now has gone the other direction.

Besides guitars and amps, I sampled 2 MojoBone slides, made by artist/CBG man, Randy Bretz. They are light in weight, comfortable on my finger and play very nicely.

More on the river. I love looking out on it and across it to God's country, the Iowa side. Wildlife is plentiful. In the few times I have been there, I have seen deer, bald eagles, mallard ducks, coots, not myself and Maddog, but a duck like bird, Canada geese, wrens, juncos, herons, swallows and crows.

Pat and some family have seen mountain lions across the river on the Iowa side. I've never seen one, but would like to, from distance. The river valley is flat bottom land. A few miles east, Iowa's Loess Hills jut up abruptly from the plain.

Pat is a good guy and welcoming host. If you CBN folks are ever in the eastern Nebraska region, contact him and if you can get there on a Thursday through Sunday evening, I recommend you order a a ribeye steak at the Driftwood.

Maddogs got an interesting set up. Awesome river front view too!

Comment by Paul 'PapaHogg' Smith on November 27, 2013 at 8:34pm
Great video of an amazing location. I really hope to visit one day.

Thanks for the tour Uncle John. Looks like Maddog has a great place there to just hang out and enjoy the day.

Great vid and story John! Always a lot of fun getting together, talking and sampling gits. Time goes by to quickly though, I hope to have some more time for our next visit.

Christmas came early for me as John brought me a present today, a beautiful Dan Sleep "SleepTalker" 3 string pickup. I'll post some pics tomorrow. Thanks so much John, love it and can't wait to put it to good use :-) 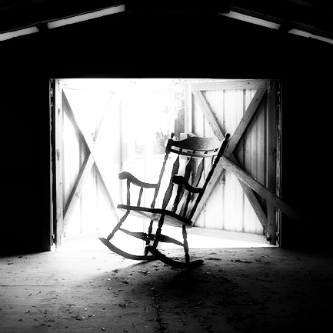 "1-finger CBGslinging with your 3-string CBG; love it! Great job Kale. Please send the chart so I…"
6 hours ago

NOTE: the temp was low and the guitar refused to stay in tune but I still liked this take best. I decided to take a trip to the legendary Billy Bob's Texas (...
6 hours ago
2 Comments 1 Like