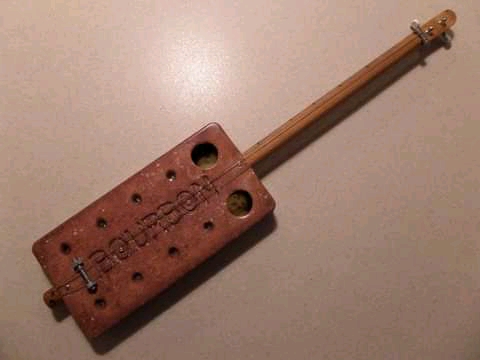 Hi Shane, I just wanted to reach out and say hi and thanks for all the energy you put into the CBG movment. I'm working on my 3rd build and recently got a copy of poor mans guitars. Found the Portland cowboy very interesting because I'm a native portlander.Also , I grew up across the street from general Grant High, my older siblings went there, and what a trip that the school song was on that Portland cowboy guitar. Any way I'm a fan of your videos , hope someday to meet you in person. Take care and God Bless.

When might there be another build contest, do you have one in mind for the future?

The cry's from ol over the Nation, GET WELL Soon ! like you hear you can't be mist ! STRENGHT to you and your Famely ! you can beat this ! Shane !

Good Lace Pickup review in Guitar World. Damn! I may have to try one of those things.

It was a pleasure for me to see your real face...

i was surfing the internet and found a video you made about creative way to hang your cigar box guitars??  it was an invite to share creative ideas on hanging CBG's  - i cant find that video anywhere... can you send me the link ??  puckettcbg@gmail.com

Good choices for instrument of the day.  Some good stuff getting built.

My last paragraph was clipped.

Since CBG style guitars can play pretty much any style music, maybe our CBG festivals should be summits that focus on equipping builders and players to infiltrate all the other music festivals out there with CBG mojo!

I think your comments on the Cigar Box Guitar movement and festivals are timely. This year for the first time I started considering going to a CBG Festival, so I have been watching a reasonable number of You Tube CBG festival videos. I have also searched the internet for more info on the various festivals.

Some background may be helpful. I made the jump from the old Yahoo Group to Cigar Box Nation back in 2008. I built my first CBG that year (using the Bill Jehle video as a guide) and have been having fun building cigar box style guitars over the years (probably around 20). With the exception of the octave uke featuring 3D printing that I posted for Uketoberfest, I have not been posting my more recent builds. I do regularly follow the pictures posted and watch some of the videos when they look interesting (yours always make the cut) including CBN TV (but not via FaceBook).

Why would I, or anyone else, go to a Cigar Box Guitar Festival?

I can think of 4 reasons:

With these reasons in mind, how to the existing CBG Festivals measure up?

After searching the internet, I have to say I really don’t know.

Reason 1: It seems playing slide is very popular, but that doesn’t really appeal to me. I’m a rhythm 6-string guitar player and have experimented with various 4-string guitar tunings over the years with not much success until this year with my octave ukulele tuning. My success with 4-string CBG style short scale basses have kept my building over the years. I haven’t really given 3-string CBG’s a serious try, but a John Nickel You Tube video changed my mind on what is possible playing rhythm, so it is now on my to build list. At this point the draw of the players at the festivals is not very strong.

Reason 2: I really would like to check out other builders guitars. There is a big difference between seeing pictures of guitars and handling them. I would say playing them, but I’m a lefty and I don’t expect the situation to be any better than any normal guitar store (dismal!!!). That’s just the way it is though. Hopefully, there would be CBG parts for sale. It’s hard to say what the CBG vendor situation will be at the various festivals.

Reason 3: It would be fun to interact with other CBG enthusiasts and I would imagine this would not be hard to accomplish at any of these festivals.

Reason 4: It’s really hard to determine if any of the festivals feature builders or players workshops. It doesn’t seem to be a priority.

The info I have been able to track down on the various festivals is sketchy at best. Nevertheless, I am seriously considering the Huntsville Festival in June 2017 (a long journey from Washington State) because it is the longest running and there is a cigar box guitar store there. The other possibility is the CBG Festival in Oregon, definitely more convenient from a travel perspective. I haven’t been able to find out much information on it.

Playing instruments I have made is very satisfying and Cigar Box Nation continues to be a source of inspiration to me. I am the music team leader at my local community church. I lead half of the time on my 6-string guitar and play bass the other half with my CBG style basses. I would like to lead with a CBG style guitar, but I have not been able to win the team over yet! I will keep trying though. Who knows? Maybe my next one (I have a dozen Snake Oil Humbuckers on order from CBGitty) will make the cut!!! With my octave ukulele tuning I can play pretty much any worship song I know (extensive uke chord charts and chorded songs are plentiful), along with some folk, rock, and pop songs I am fooling around with.

Thanks for the very kind words and for inspiring me to start building in the first place.

Hey Shane, just watched your FB broadcast with demos for the new album. Sounds like some real good songs! It was cool to notice the head of the Gus banjo peeking from behind your right elbow. I'm half way through making a very similar one for some upcoming shows. Take care.

Just wanted to let you know that WDVX.COM  Has been playing Sea Sick Steve on their playlist!

You will love that station for sure!!!

Btw when you talk to Glenn ask him if he uses the telephone harp mic i made for him. Low fi sound for sure would sound great in that little pigeons amp!

Take care hope to see you at York Emporium!

Hey Shane , what Pick up you think is good for a rezo guitar?  Thanks

This is probably going to come across as a bit stalkerish or a weird thing to do. I just wanted to leave a comment on your wall to say 'thank you' for all the encouraging things you do to help beginners like me along the road. I first heard about cigar box guitars when I saw your videos on YouTube and I've watched many of them now. I believe I heard about CigarBoxNation through your videos and subsequently joined just a few days ago. It has to be said that not only are you responsible for my love of CBGs but you've given me this gift when I needed it most. I'm currently making a variation on your free plans for the lapsteel guitar that you have posted here on CBN too. So, thanks very much for doing what you're doing in encouraging so many people and best of wishes to you and yours.

We had a blast Shane at the York PA CBG festival, nice set by the way and tossing the CBG at the end was epic....We'll see you next year....Cheers

Love the music. Love the CBGs. Now if I can only drag someone into this with me.......

shane i left a post about a guitar i just bought from an old school friend that builds them he tuned it for dadf# and used the top 4 strings not the middle ones can i return it safely with theses same strings or should i swap them out for the middle strings? to go regular 4 string cigar box? it's like his brothers play and he just builds them and more set up to something i don't know much about anyway... dadf# ...

Thanks for being a friend and thanks for all the great music.

I can't wait to hear what's next! 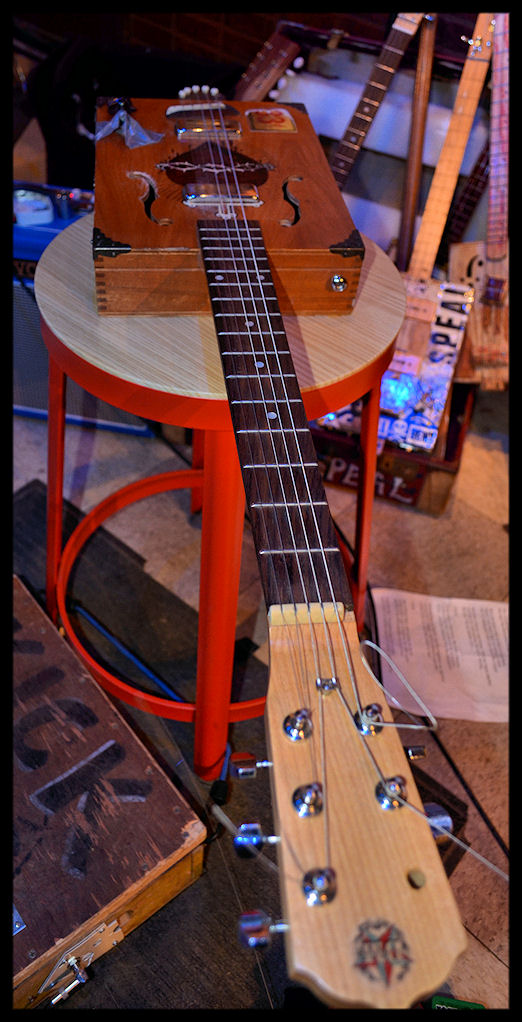 Started by Taffy Evans in Other stuff - off topic, fun stuff, whatever. Last reply by Poorness Studios on Sunday. 7 Replies 1 Like

Started by John Derrett in Performances, How to Play, Lessons, Concerts. Last reply by Poorness Studios on Sunday. 9 Replies 1 Like

Started by Cigar Box Nation in Feature Articles. Last reply by evanmars on Friday. 1 Reply 1 Like

"Sounds like you need another dose A.D.! Don’t we all! You are very observant, it is like…"
6 hours ago

"Thanks John and Uncle John! This one is a piece of cake 1-finger style."
6 hours ago

BrianQ. left a comment for Jeff
"Thanx Jeff, I’m in NorCal towards the north end of wine country? "
6 hours ago