Considerations for Selecting a Resonator Guitar 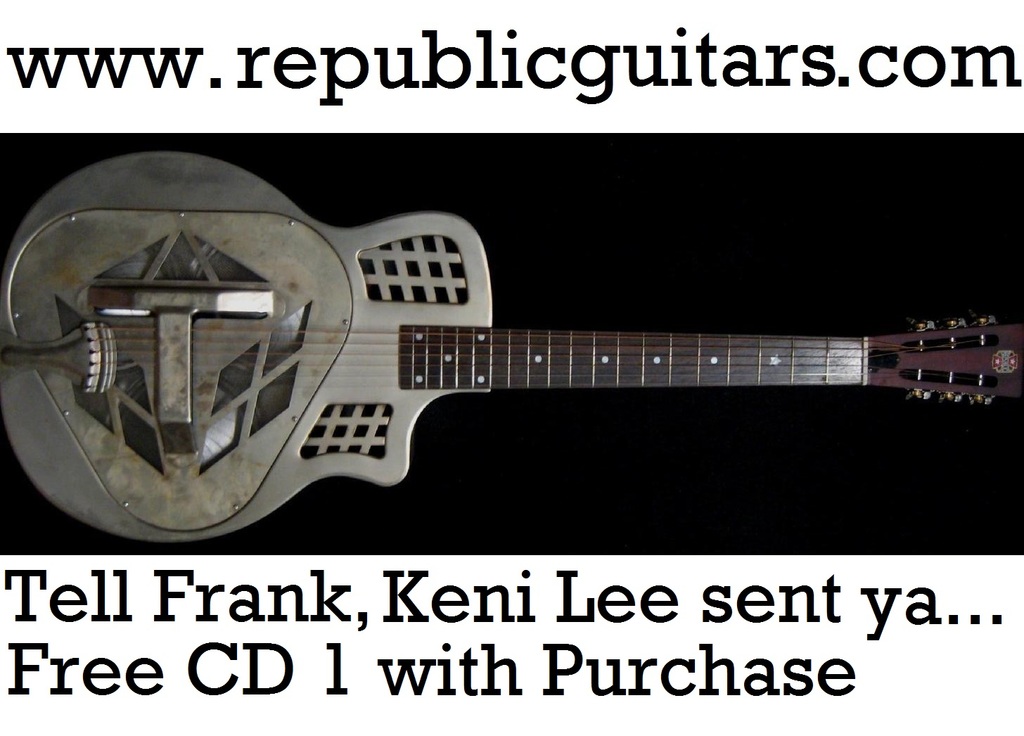 Considerations for Selecting a Resonator Guitar

Material
The body of a resonator guitar functions like the cabinet used to house an audio speaker. Cabinets are usually heavy and their construction is very sturdy. This forces the sound out of the speaker cone, instead of losing signal due to vibration and the sound energy being absorbed by the cabinet material itself.

Brass - Brass is softer than steel and may absorb some tone, but usually they are said to have a warmer, softer, blended tone compared to steel.

Other - Different materials have been used. In an attempt to produce a lighter instrument aluminum has been used, but the softness of the body makes for a muddy tone. Graphite is another experimental material.

Cones
A resonator cone (kind of like, a metal pie pan) functions very similiar to a banjo skin. The energy of the strings vibrating move the bridge, that in turn move the cone. The sound comes out of the cone directly like an audio speaker, but also develops inside the body and exits via the soundports in the body's upper bout. A coverplate is used to protect the cone from damage. Cones are manufactured out of aluminum by being spun (superior) or pressed. They are rather delicate.

T Bar Bridge - The Tricone is by far the best model in regards to overall balanced tone and volume. Using a T Bar, three small cones are attached to the bridge. This provides treble, mid range, and bass.

Biscuit Bridge - The single cone is convex like a volcano. On top sits a wooden disk (biscuit). The bridge stands vertically in the middle of disk. This model was very popular with many early Blues players like Son House, Bukka White, and Blind Boy Fuller.

Spider Bridge - John Dopera who invented the resonator guitar had to reinvent his guitar, after he no longer owned the original patents. He inverted the cone to concave like a funnel and placed a spider web type bridge made out of aluminum across the top. This guitar was sold under the name Dobro. Short for Dopera Brothers. Along with the wooden body, this bridge is favored by Bluegrass lap style players, but also it should be noted, the necks are usually different.

Necks
There are two types of necks

Round - This is just like the shape found on any standard guitar. 12 frets clear of the body was typical of 1920/1930 guitars. There was no internal support bar (truss rod) installed inside the neck to prevent bowing (neck lifts due to string tension) and it is easier to adjust the intonation (every note plays in tune, all the way up the fingerboard). Later in the late 1930/1940 installing truss rods also allowed for longer necks. Having 14 frets clear of the body allowed for easier access beyond the 12 fret. Also, if tuned to Open D, adding a capo at fret 2, to Open E, there are still 12 frets clear of the body. This cannot be done on a 12 fret without some difficulty.

Square - This neck is rectangular and cannot be played like a standard guitar. It is designed to be played in the lap style. The thicker neck further prevents bowing and allows for more string tension. Traditionally, this instrument was used to play Hawaiian music before it became a popular American country instrument. Initially, John Dopera was actually trying to invent a variation of this lap instrument, so it could be loud enough to compete against standard orchestra instruments.

Strings and Set-Up
Resonator guitars can be played in standard and open tuning. In standard tuning, it it important to hand mute unwanted strings from vibrating causing dissident overtones. This is usually not the situation in open tunings because the open notes are sympathetic to the overall sound.

A good Set - up is essential. String height for slide playing still needs to be low enough to finger notes and chords over the entire length of the fingerboard. The correct string tension allows the slide to ride on the strings without "bottoming out" and hitting the frets. More importantly, it provides the correct downward pressure on the cone. Too little, the cone rattles and has a weak tone. Too tight, crushes and locks up the cone.

String gauge and tuning are related. Usually lower tunings require heavier strings. In general, for below standard tunings like Open D (DADf#ad) and G (DGDgbd), medium gauge "nickel" strings work well. Although, a slightly heavier first string (.016) will provide a better tone. When changing strings, remove one string at a time and tune up. It is not advisable to completely remove all tension from the cone regularly. In this case, slowly tune up the strings symmetrically, so pressure is equally applied to the cone across all the strings. Cones easily "crush in" due to too much pressure.

Started by Ozz989 in Performances, How to Play, Lessons, Concerts. Last reply by Taffy Evans 8 minutes ago. 11 Replies 0 Likes

Taffy Evans replied to Ozz989's discussion Need help
"Hi Ozz989, I was right your comments did refer to a band and as promised I had a listen to it. 30…"
8 minutes ago

BrianQ. commented on Brad Craig's blog post Building a Violin w/ GITTY Parts
"Have you checked the Build plans located in the Resources tab or done a query search with the…"
3 hours ago

Taffy Evans replied to Ozz989's discussion Need help
"Hi, I think going it alone on a project that's a sort of experiment that only you know what…"
3 hours ago

Order99 replied to Douglas Allen Laffin's discussion Frettin' and stainin' in the group Building a Cigar Box Guitar 101
" When Posting, you might need to switch to the HTML Editor to make it show up-I certainly do..."
3 hours ago

BrianQ. replied to Ozz989's discussion Need help
"Ok then, I’ll give you some parting advice for your future neck deconstruction Only use…"
4 hours ago