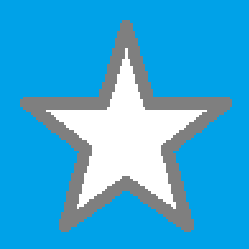 I made a diddley bow for a guy and now he's asking whether I can make a 3 string bass cbg.  Has anyone any experience with such?  If so what needs to be considered in making one?  I'm assuming the…Continue

Anybody have a need for 1st and 2nd strings?

I've got a collection of 1st (E) and 2nd (B) strings.  Does anyone have a use for these?  I found that I can make diddley bows using the 6th (low E) string, but don't know what to do with the others.…Continue

Videos of those you play CBG

Workbench Mayhem... Help! I have more stuff than space.

I've gotten so accustom to working in a mess that it just doesn't seem to matter anymore.…Continue

Ken I replied to Eric Davis's discussion String Action on a Slide Guitar?
"I just received my slide CBG. The action at the nut is 1/8", about 3/16" at the 12th fret. I'm only beginning to learning to play. Just fooling around with the CBG I find that the notes ring much louder and clear if the string is…"
Aug 16, 2019

How did you learn about Cigar Box Nation?
Google

How many instruments have you built so far?
Twelve

What do you find most interesting about cigar box guitars? (If you do not enter something meaningful here, your membership may be rejected).
They feel like functional art. I really enjoy making them.

My interest in cigar box guitars sure has taken some interesting twists and turns. Up to this point, I've focused mostly on building them, not so much on playing them.

I've dabbled with music composition in the past. I have always owned a guitar, and I think anyone with a passion for music will eventually write one, two or more songs. That's what I've done. Strangely, cigar box guitars seem to have little to offer in the way of available music that is written specifically for them. Mostly the slide CBG has little available, which seems to invite those with a creative nature to step in and add to its charm.

So here I am, thinking that it would be great to write music specifically for the cigar box guitar. However, finding a program that would allow me to write TAB notation specifically for cigar box guitar seemed unavailable, but I refused to give up. I did contact Glenn Watt because he had beautifully displayed tabs on his website, and I wanted to know the software he used, and being the gentleman that he is, he was quick to give an answer. The program is called TablEdit.

I can't comment on the value of the program, because, quite honestly, I'm poor and can't afford to buy it (not that it's overly expensive). Maybe Glenn can review the product in the future. So that being said, I decided to turn to my old friend, the free software MuseScore. I've used it in the past to write a few short songs. It does have a learning curve, but with some time I have learned to make it work for my specific needs. I sat down with my computer and stared searching for answers. I knew that MuseScore had TAB notation for traditional string instrument, but the staff for cigar box guitar TAB's was something different all together. It only has three lines; whereas most guitar TAB's use six lines. Looking through the list of instruments in the program, I couldn't find anything compatible, so I took to the internet to find a solution.

After several hours of surfing, I learned that it was possible to customize a staff in MuseScore—lines removed or added, notes for each line changed. Also, once the the changes had been perfected, the work could be saved as a template. Outstanding!

It took me a couple more hours to design and perfect two separate templates, but now I have them and can always start with a fresh staff when I compose for the cigar box guitar. 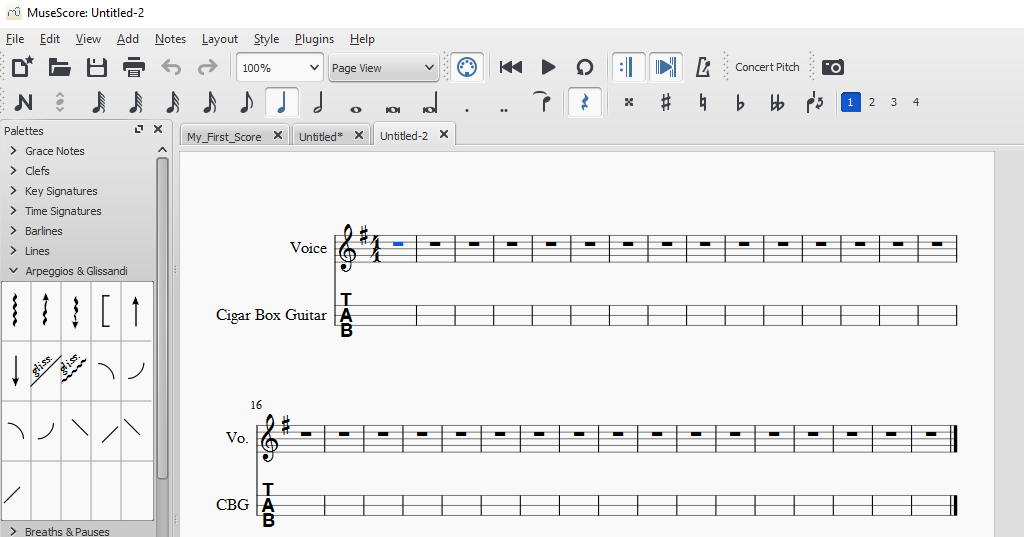 So what am I saying here? I'm suggesting that we need more creative effort in the creation of music that is written for the cigar box guitar. The free software is available and is compatible with writing TAB's on a three line staff.

If you have never used MuseScore, I will tell you that it does have a learning curve. The documentation is available online at the website (www.musescore.org), but sometimes the difficult questions are hard to answer. Nonetheless, once you get over the hump, it's quite a pleasure to use. I think everyone who owns a CBG should give it a try, even if you're just writing TAB's for a popular song and want to bring it to the world of cigar box guitars.

I do plan on making my templates publicly available, and if I can do so here, I will. I see no reason why anyone need reinvent the wheel when I have it on my computer.

For The Aspiring Composers

A Little Help for The Aspiring Cigar Box Guitar Composer

My interest in cigar box guitars sure has taken some interesting twists and turns. Up to this point, I've focused mostly on building them, not so much on playing them.

I've dabbled with music composition in the past. I have always owned a guitar, and I think anyone with a passion for music…

So my introduction to the cigar box guitar was quite by accident. Talking on a forum about the topic of guitar enthusiasm, I ran across a YouTube video regarding CBG's while researching the subject of guitar history. I was intrigued. The history and the simplicity of the instrument was compelling. The more I learned, the more I wanted one of my own. Eventually I ran into an instructional video that showed me how to build one. And so I was off to the…

Started by Dan in Performances, How to Play, Lessons, Concerts. Last reply by BrianQ. 17 hours ago. 5 Replies 0 Likes

BrianQ. replied to Engblom's discussion Anyone with experience in 1-3-1 tuning?
"Actually it’s 1-5-8 because the high string is an octave higher, but CGC is still a 1-5-8…"
56 minutes ago

Engblom replied to Engblom's discussion Anyone with experience in 1-3-1 tuning?
1 hour ago

Most seem to tune their CBG to 1-5-1 (for example GDG, EBE, DAD). As I have understood this tuning…See More
1 hour ago
2 Comments 0 Likes

"Thanks for honoring one who has made a difference in your life A.D.! May Wes Rest In Peace."
6 hours ago

"Groovin’ as usual A.D.! Pretty revved up on this one."
6 hours ago

"Rich!!! Thanks for treating us Korrigan."
6 hours ago

"Thank you Kale! Some of the Christmas songs are a challenge to play and sing, fortunately for us…"
6 hours ago