I have a couple Teisco tulip parts and beater project guitars. I see lots of differences in all of the tulip bodies. I don't have two identical out of 5. CloudyProject.com got me hooked on the tulips after I searched Teiscos after finding a hollow body at a local music store that had that old Mark Farner Grand Funk Railroad sound.

This tulip is the coolest one I ever saw. The body is narrower and rounder on the edges with deep horn cutaway and just a real cool eye candy streamlining to it. It has a hidden truss rod. There's a model with an exposed truss rod like normal Teiscos, but the body has a traditional width and close to traditional proportion that doesn't grab me like this one. It reminds me of an Ibanez Roadstar bass that looked like melted candy! Really HOT! 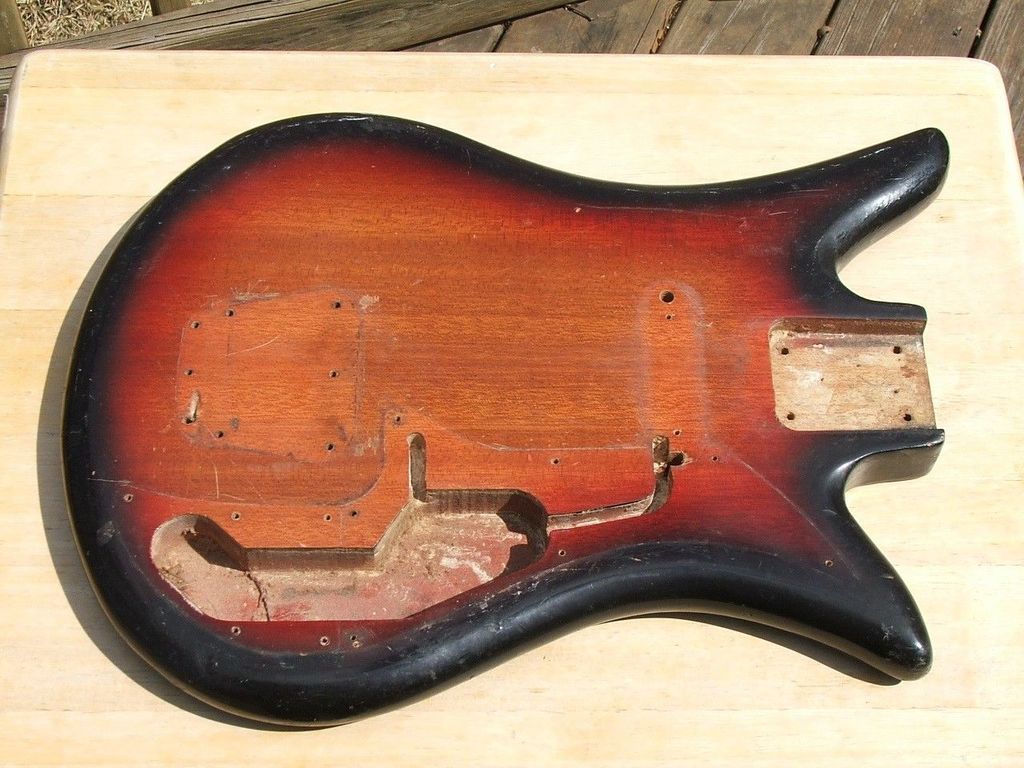 Note the rounded horns on the heal of the neck for seating points. They started figuring out the physics...

Earlier routing type with later horn shape... This confuses me! 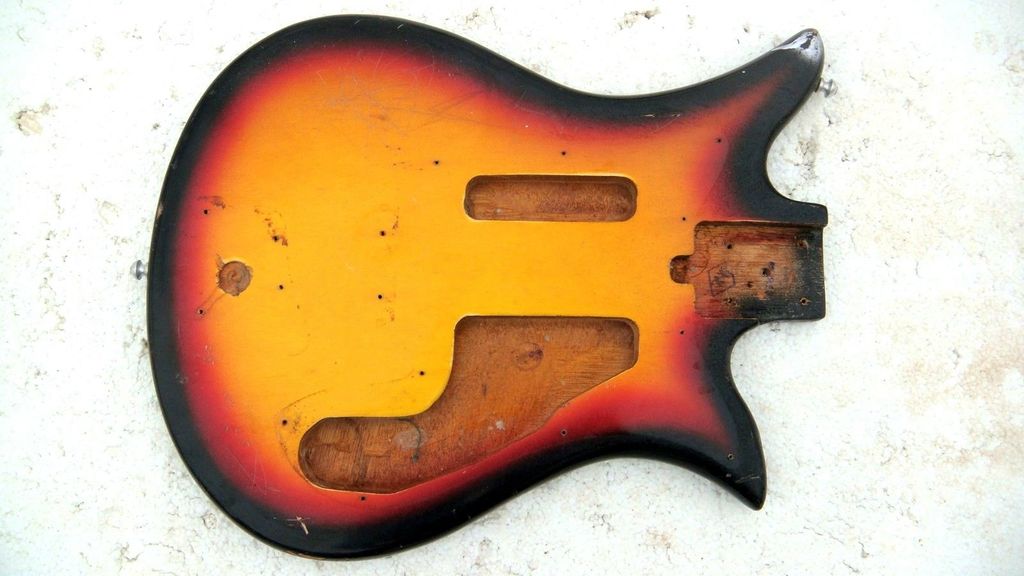 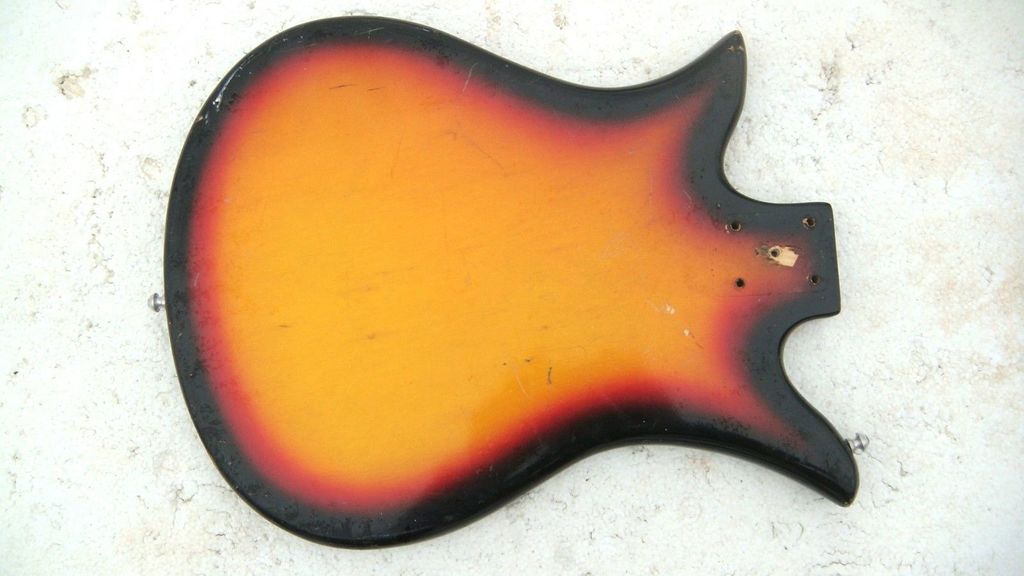 Routed with rigid core for sustain.

I also have a body that is routed for two pickups like modern guitars are except for the overkill connection to the control cavity.

Does anyone know all of the tulip model designations and their chronology. Sometimes I think they were just taking what parts they had on hand and throwing guitars out the door... It's obvious they were constantly re-engineering everything, but it really feels like they had leftover parts after a design change and ended up throwing them into guitars later to get the parts out the door. I guess they must have gotten requests for earlier models because it just happens. Sometimes people like older designs, and sometimes they just have an old catalog!

Who on the planet knows the most about this stuff?

Annonimous Pick seems to know a lot. He's the man...

And like all business customers, they all wanted the hands down cheapest! LOL

http://www.mark-cole.co.uk/teisco/ this  is great    for model  pics

Thanks. There sure is a lot missing!

Permalink Reply by Wade on February 12, 2017 at 1:04pm
My friend Frank Meyers has written a great book on Japanese guitars. He went as far as taking a trip to Japan to meet some of the earliest builders and designers. He also has a great site and YouTube channel-he goes by the user name Drowninginguitars.
Hope this helps.

"Its looking good!"
5 hours ago

Taffy Evans replied to John B Treutlein's discussion String grounding
"Hi, it will be ok, but if using a piezo pickup there is no need to earth to the strings. This is…"
6 hours ago

"and Thats What Counts!! thanks for showing us ,to do a voice over,whit your own Music and special…"
11 hours ago

John B Treutlein replied to John B Treutlein's discussion New member with a new build nearly done
"Thank you Taffy,appreciate the help,I just finished grounding for the strings and the next step is…"
11 hours ago

Taffy Evans replied to John B Treutlein's discussion New member with a new build nearly done
"Welcome john, nice looking first build When first putting the strings on, if you have not done it…"
15 hours ago