I thought it'd be a great idea to put the latest albums up from the artists playing at Bluesfest - so those of you lucky enough to go can check out what you want to see. And for those of you overseas who, I'm sure, will be extremely jealous. So check back here over the next week or so to check it out, and of course any more new announcements of performers will be added also.AND REMEMBER - POSTS ARE RUNNING FROM TOP TO BOTTOM - SO YOU'LL HAVE TO SCROLL DOWN AND GO THRU THE PAGES TO FIND THE NEWER POSTS 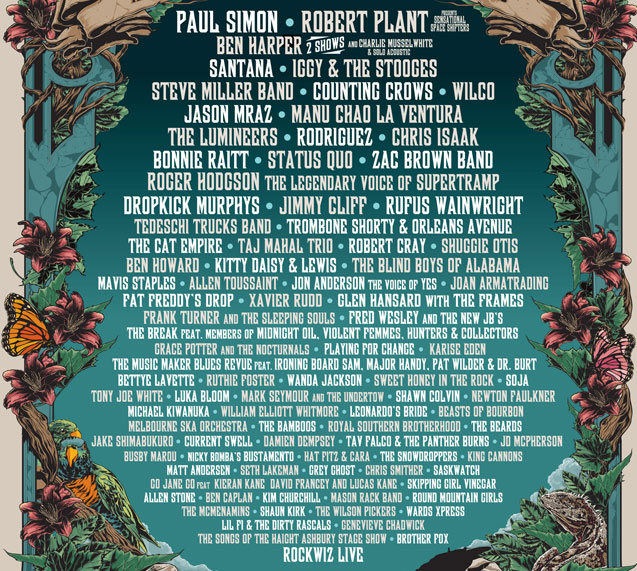 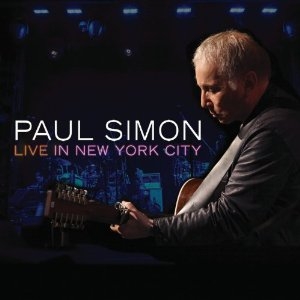 On September 18th, Paul Simon releases a new two-CD, one-DVD package Paul Simon Live In New York City via Hear Music and Concord Music. The 20-song, 90-minute set list was drawn from his legendary career and includes several songs that haven’t been performed live in many years. “Kodachrome,” “Mother and Child Reunion,” “Gone At Last” and “The Obvious Child” are just some of the highlights as well as songs from Simon’s most recent album, 2011’s So Beautiful or So What (Hear Music/Concord Music Group) including “Dazzling Blue,” “Rewrite,” “The Afterlife” and the album’s propulsive title track.
Joining Paul on the show is a stellar band of musicians including Cameroonian guitarist Vincent Nguini, guitarist/drummer Jim Oblon, pianist, Mick Rossi, saxophonist/ keyboardist Andrew Snitzer, bassist Bakithi Kumalo, guitarist Mark Stewart, master percussionist Jamey Haddad and multi-instrumentalist Tony Cedras. 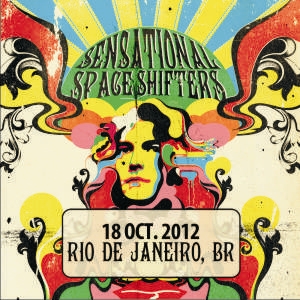 Robert Plant, former vocalist of the legendary rock band Led Zeppelin played a concert in Rio de Janeiro on 18 October, with supporting band The Sensational Space Shifters. After a 20 year-old Plant connected with guitar impresario Jimmy Page in 1968, Led Zeppelin made some of the most explosive music of the 20th century, and in so doing fashioned itself as a benchmark against which rock music thereafter would be measured. Zeppelin was by no means the end of Plant’s own musical journey though. The former frontman carried on with various solo projects and collaborations following the disbanding of Zeppelin in 1980, continuing to this day. In his various incarnations Plant has been a Thor-like figure, brandishing the heavy hammer of rock, and in more recent years, a sage-like figure in Austin, Texas where the artist spends time throughout the year. Most still have the image of the fresh-faced, bare-chested Plant, sporting a curly flaxen mane, and tremendously tight pants, howling “Hey, hey mamma said the way you move/ gonna make you sweat/ gonna make you groove,” into the night. The flaxen mane remains, as does the howl, still one of the most complex and powerful voices in rock history. Plant may still perform “Black Dog” and other Zeppelin tracks, but the Plant from Zeppelin performances in the 1970s – from which rock legends were born – is quite a different spectacle from what concert-goers can expect on October 18th. Plant’s recent shows with the Sensational Space Shifters have seen the singer recapture the force of his voice and stage presence, though. After a bluegrass collaboration with the honey-voiced Alison Krauss, and an album and tour with Band of Joy, both projects displaying Plant’s range, the singer arrives in Rio with enough gusto to wow both curious listeners and longtime fans. “I saw Plant with Band of Joy in Rome in 2011, an amazing singer. There have been so many great acts in Rio recently, Paul McCartney, Bob Dylan, it’s a great time to see the legends live,” says Vera Nunes from nearby Volta Redonda. His return to Rio – the artist performed at the Praça da Apoteose (the concert venue portion of Rio’s famous Sambódromo) in 1996 – is another in a long list of rock and blues legends that have recently visited the marvelous city, Roger Waters, Joe Cocker, Buddy Guy, and B.B. King, just a few of the others.
Mary Byker, a British expatriate living in Rio and owner of Mekong restaurant – as well as front-man for the band Pop Will Eat Itself – told The Rio Times: “Led Zeppelin were hugely important to Rock music, Jimmy Page was an incredible guitarist added to John Bonham’s thunderous syncopated drums and the subtle influence of John Paul Jones, the icing on the cake would have to be voice of Robert Plant.” 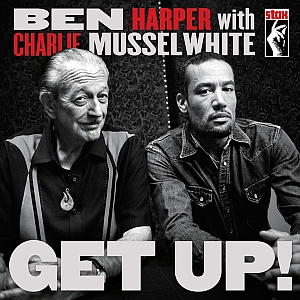 This musical hookup between these two experien- ced roots artists who have more in common than it seems at first glance, is a natural evolution for both. Ben Harper seemed like an old soul, even when he began his career, dipping into classic R&B, gospel, and blues but spinning them through his dark, folk-funk persona. His work with the Blind Boys of Alabama showed him to be welcomed by veteran artists who clearly felt he was a kindred spirit. Harpist/guitarist Charlie Musselwhite‘s extensive résumé typically moved him past the often limiting structure of the Chicago blues where he first made his presence felt, to Tex-Mex, Cuban, Americana, swamp rock, country, and even jazz.
The two connected on a 1997 John Lee Hooker session and have worked together intermittently since, both live and in the studio. This outing, tellingly released on the Concord/Stax imprint, strips the sound down, occasionally to just acoustic guitar and harp as on the opening of “Don’t Think Twice,” and the closing deep Delta blues “All That Matters Now,” reworked into “It Hurts Me Too.” But the duo also plug in for tough, rugged blues and blues-rock as on the heart thumping “I’m in I’m Out and I’m Gone,” a twist on David Bowie’s “The Jene Genie” riff that itself was nabbed from the Chicago blues catalog. Even with Musselwhite’s substantial involvement, this is Harper’s show as he produces, sings every song, and seems to be leading the music’s direction with the harmonica player urging him on and adding to the already deep groove. They dip into harder rocking territory for the charging “I Don’t Believe a Word You Say” with Musselwhite pulling out his Little Walter influences with electrified blowing. The skeletal, ghostly, repeated riff of the deadly gunslinger “I Ride at Dawn” is a stark reminder of how less is more as Harper’s slide enhances the dangerous elements reflected in the song’s ominous lyrics. The six-minute title track — the disc’s longest cut — is classic Harper, marrying a funky bassline with the declaration expressed in the song’s title as Musselwhite takes a few licks from Paul Butterfield to edge the track into a laid-back red zone where the singer typically thrives. But the twosome have some fun, too, in particular on the spirited, easygoing, sexed-up blues “She Got Kick,” one of the few instances where harmonica is not an integral component of the mix. Ultimately, Get Up! earns its titular exclamation point as a successful combination of two talented veterans feeding off each other’s dusky, creative spirit. He’s the musical maverick that crafted classic albums like “Abraxas”; he sonically shaped chart-topping hits like “Black Magic Woman” along with “Oye Como Va”, and influenced three generations of musicians around the globe. After selling over 100 million albums, winning ten Grammy’s, and scoring a top ten single every decade since the 60’s, Carlos Santana remains respected as one of the most renowned guitarists in the world. Shape Shifter is the first album to be released on his new record label Starfaith Records as he continues to blaze a musical trail that’s entirely his own.
“Shape Shifter” draws many influences from Native American musical routes, containing the call of an eagle on the opening self-titled track, over top of traditional tribal chanting. “Shape Shifter” places a large focus on atmosphere, ambience and exploring sonic landscapes rather than chasing after hit singles, which provides ample opportunity to let Santana’s instrumental abilities shine. Once again Santana teams up with all-star drum prodigy Dennis Chambers, who continues to understand the constantly shifting dynamics within each track to lend its own individual audio personality. The avalanche of sound-waves on “Nomad” serves the title of the tune appropriately and contains all the signature elements of a Santana song, including searing guitar solos, barreling percussive beats and tender piano passages. Overall, the album proves to be one of Santana’s most ambitious efforts among his modern albums since the release of his hit record “Supernatural”.

Whenever Santana releases a new album, regardless of how defiantly unique it may be in the garden of sounds contained within his catalogue, it’s continually impressive to hear him bloom as a musician. “Shape Shifter” also provides Santana with the opportunity to place a strong focus on the band itself, by creating an entirely instrumental album. After hearing the sonic diversity of the tracks on his latest release, the tour for “Shape Shifter” should be no exception to his previous efforts. “Shape Shifter” is available in stores and online May 15th.

OK - NOT ALL NEW STUFF, BUT START WITH THIS FOR THE STOOGES - THEN I WAS GONNA THROW IN THE 'FUNHOUSE' ALBUM, BUT THOUGHT SOME MORE VIDEO WOULD SUFFICE. 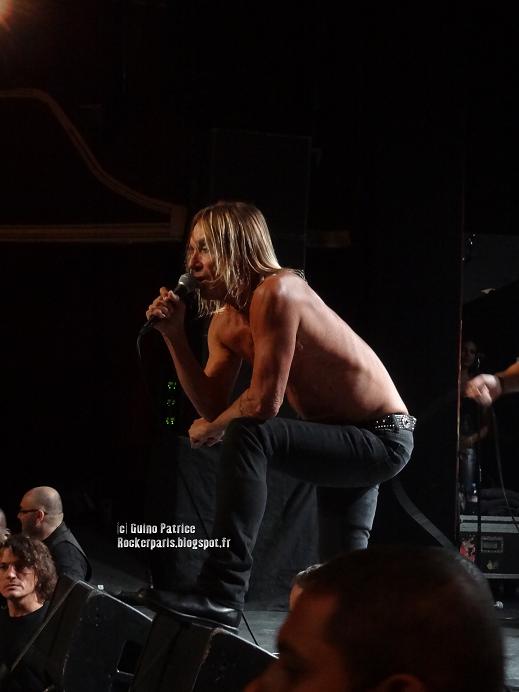 I am very much looking forward to seeing the Stooges.

James Williamson on guitar. (Out of recent retirement)

Mike Watt on bass. How about some Minute Men or Firehose?

You going to be there this year Graham?

Probably won't make it again - busy at work for me - will put some minutemen and firehose on the main page. 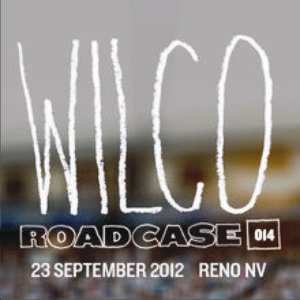 Wilco – Roadcase 014 (2012)
After playing two nights in Berkeley, Wilco made the trip across the border to Reno, Nevada for a show at the Grand Sierra Theatre. Wilco are returning to Reno for the first time since 2009.
Almost a year after releasing their 8th studio album The Whole Love, this Chicago-born band will play hits like “Box Full of Letters” and “Casino Queen” inside the Grand Theatre at Grand Sierra Resort.
The Whole Love is the 3rd album by Wilco’s present lineup, which solidified in 2004 when avant-garde guitarist Nels Cline and guitarist/keyboardist Patrick Sansone joined Tweedy, founding bassist John Stirratt, drummer Glenn Kotche and keyboardist Mikael Jorgensen. Together, they released the acclaimed Sky Blue Sky in 2007 and the Grammy-nominated Wilco (The Album) in 2009 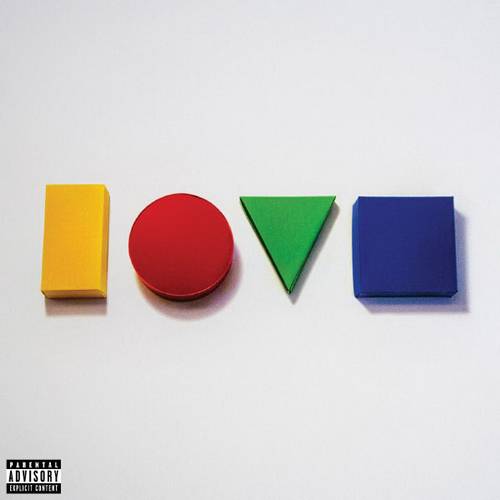 Jason Mraz – Love is a Four Letter Word (2012)
Jason Mraz is American singer-songwriter most famous for his often poetic, sometimes tongue-in-cheek, pun-filled lyrics, and is inspired by hip-hop, rock, jazz as well as a number of other different musical influences.
Produced by multiple GRAMMY Award-winner Joe Chiccarelli, Love is a Four Letter Word marks Mraz’s finest, most fully realised collection to date. The album fully confirms the San Diego-based singer/songwriter as one of modern pop’s most vibrant and inventive artists.
“It’s personal. It’s melodic. And it’s mellow,” Mraz recently told Billboard. “There are a couple of up-tempo tunes, but mostly the rhythm-of-the-heartbeat kind of takes precedence on this record. It feels more like the pace of life. At least, based on my life and what I’ve been doing.” 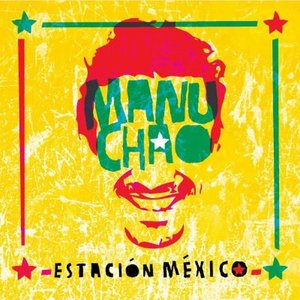 Here is a free cd

take me to your sound files

"Pink Floyd! Its priceless! I was standing in the backyard when my wife took that!"
30 minutes ago

"Cool! That was fun Kale. Lots of interesting CBG inspired homemade instruments in your collection."
2 hours ago