It's been a while since I have built any guitars. A new passion has taken my attentions...restoring vintage tube amplifiers.

A few months ago I found a vintage tube amp chassis on Ebay. Compulsion urged me to click "bid", and so I did...and won.

The following couple of weeks was spent researching and buying parts. Based on the chassis' original tube compliment of a 12ax7 pre-amp, a 6x4 rectifier, and a 6AQ5 power tube, I chose to replicate/clone a vintage Kalamazoo Model 1 amplifier. I swapped the 6AQ5 for a 6BQ5/EL84.

Sorting out and removing all the old capacitors and resistors was dirty work, and dangerous. The large filter capacitors in a tube amp can store deadly levels of DC power.

Then it was time to work. Laying out and soldering point-to-point (no circuit board) was a new challenge. But this method is traditional for vintage amps, and makes for easier modifications later on, if desired.

The most difficult part of the project was not the wiring. It was the dreadful task of applying the leatherette/tolex material to the cabinet. I have a new-found appreciation and respect for those who do it professionally.

In the end, this project was a great learning experience.

Best of all, this amp has some serious tone.

For anyone interested, I have it listed on Ebay. 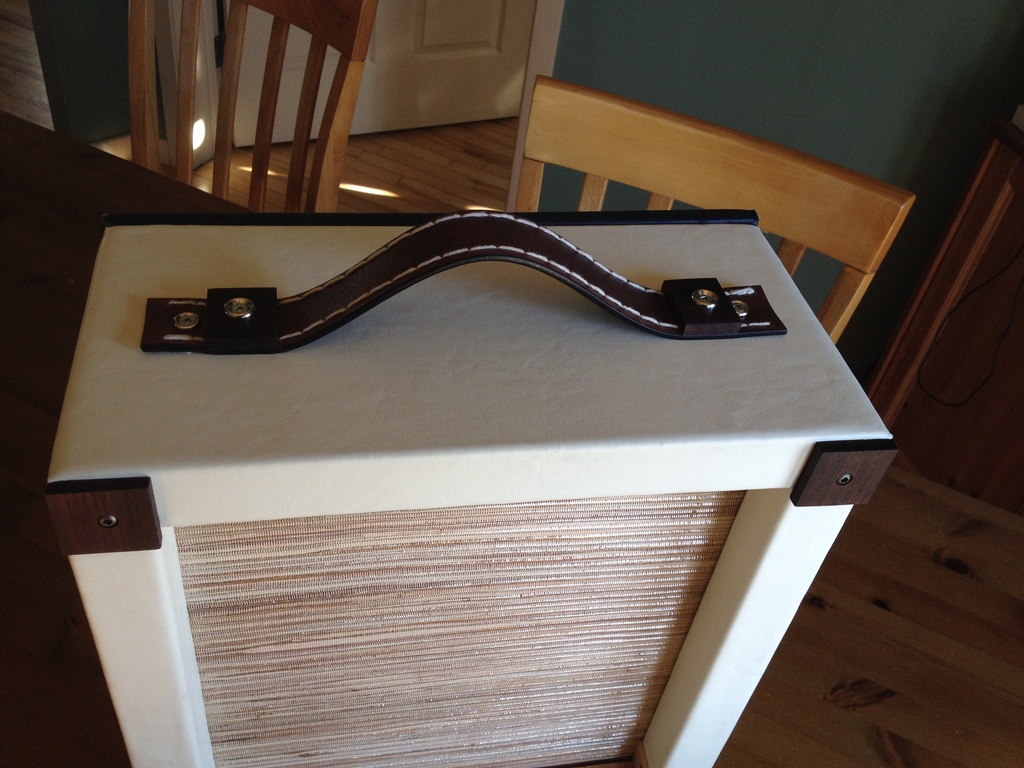 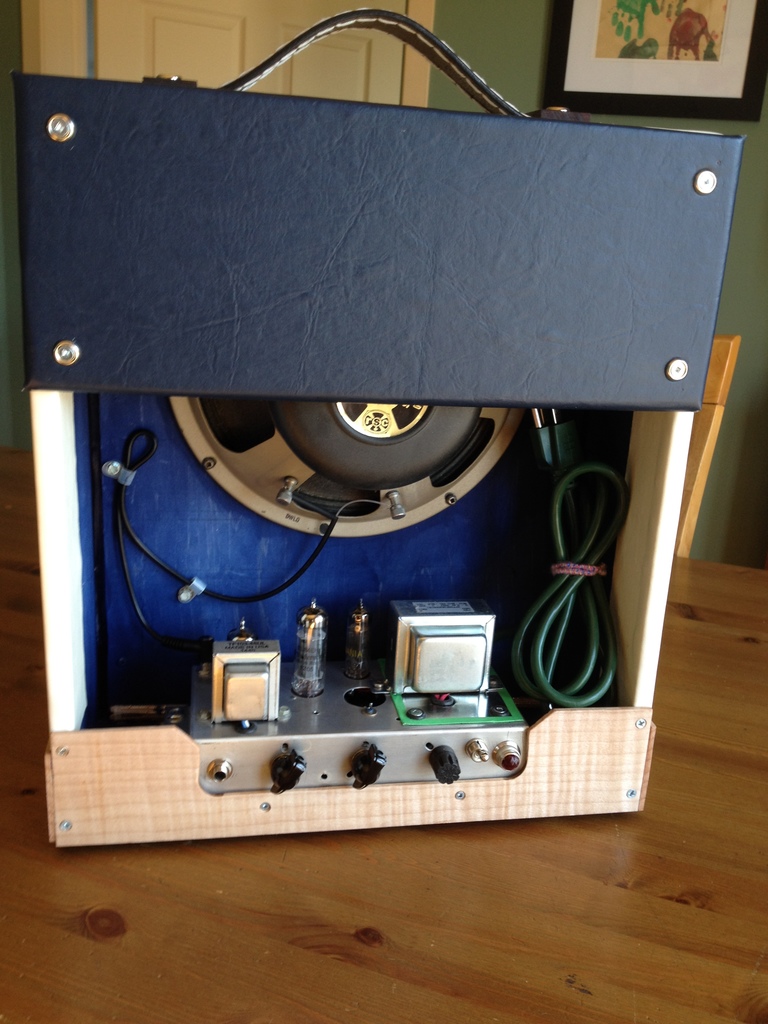 Thanks Wayfinder. Here's the link...

i know it's your first try at restoring an amp, but the bit's of wood screwed on the front and back of the cab look terrible, maybe your next one will be better,

My first try at tolex and cabinets, and chose to make it different than the common commercial manufactured drab...but not my first tube amp build. But thanks for your support.

still good for having a go at making it,

Great job Scott. I got a 65 Silvertone 1482 amp to rebuild for my next project.

Thanks Paul. Yes, those Silvertone 1482 amps are a great project, and cool sounding amps too.

I want one of these badly for a harp amp.

Converting a cassette player/radio--where do I start?

LM386 amp and other stuff