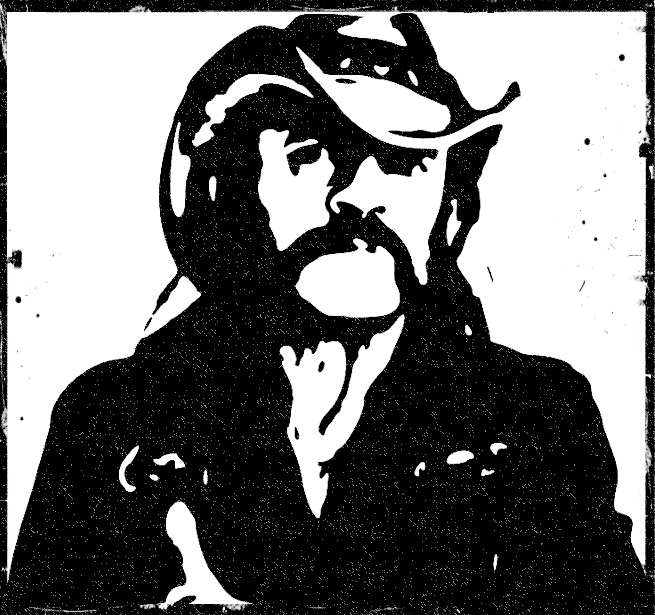 (Reuters) - Ian "Lemmy" Kilmister, the hard-living, hell-raising frontman of British heavy metal band Motorhead, has died at age 70 after recently being diagnosed with an aggressive cancer, the band said on its Facebook page on Monday.

With his trademark moles framed by dark muttonchops, the bassist and vocalist cut an unmistakable figure on stage as he craned his neck to the microphone, growling out hits like "Ace of Spades" with a throat he said he fed for decades with a bottle of Jack Daniel's whiskey a day.

"The thing about hangovers is, you have to stop to get one," Lemmy liked to say.

A notorious amphetamine user, he once claimed to have stayed up for two weeks non-stop, but the hard living eventually took its toll and he struggled with his health in recent years.

In 2013, the band, canceled European summer festival appearances after he reportedly suffered a hematoma, and he told Rolling Stone magazine in 2014 he had seriously cut back on his drinking and smoking.

"We cannot begin to express our shock and sadness, there aren't words," Motorhead said in its Facebook posting about Lemmy's death. "We will say more in the coming days, but for now, please ... play Motörhead loud, play Hawkwind loud, play Lemmy’s music LOUD. Have a drink or few."

After cutting his teeth in beat bands in the 1960s, he spent time as a roadie for Jimi Hendrix before his first taste of stardom with British space rockers Hawkwind, singing the band's biggest hit, biker anthem Silver Machine, in 1972.

During his stint in the band, Lemmy's pummeling bass lines became a stock-in-trade and provided the backbone of the ear-splitting Motorhead, which he formed in 1975 after being thrown out of Hawkwind following a drug bust in Canada.

After a bumpy start and lineup changes, the trio of Lemmy, guitarist "Fast" Eddie Clarke and drummer Phil "Philthy Animal" Taylor, tore through a string of albums that fed off the energy of punk rock and laid the foundations for thrash metal.

Between early 1979 and late 1980, "Overkill," "Bomber" and "Ace of Spades" sent the band racing toward the upper reaches of the British album charts. In 1981, Motorhead finally hit No. 1 with its live classic, "No Sleep 'til Hammersmith."

Lemmy, who was born in England in 1945, lived in Los Angeles, near the Sunset Strip, for decades and was controversial for his collection of Nazi memorabilia.

The band's classic line-up broke up in 1982, and Motorhead would record 22 studio albums in total.

"He was a real character, he was a real nutcase, and I do admire that in a person," Lemmy said.

(Reporting and writing by Fiona Ortiz in Chicago and Dave Graham in Mexico City; Editing by Peter Cooney and Stephen Coates)

RIP Lemmy,also passing this week end was Stevie Wright,he had his problems and demons,but his and the Easybeats legacy will never be forgotten to those of us who grew up with Friday On My Mind,Vale little Stevie,RIP,even with serious health issues,was ever the performer

Seemed like a guy who would live forever.  Never knew he was a roadie for Hendrix. RIP Lemmy.

I was just trying to figure out "Ace of Spades" bassline on diddley bow over the weekend. Next night I found he passed away. RIP Lemmy. Glad I got to see Motorhead a couple times. 'Born to lose, live to win'. Always will be. RIP Lemmy.

Started by Jerry Draper in Performances, How to Play, Lessons, Concerts. Last reply by BrianQ. 33 minutes ago. 5 Replies 0 Likes

BrianQ. replied to Larry Sobol's discussion Aluminum License Plate in the group Building a Cigar Box Guitar 101
"Larry, good news, pretty much all modern license plates are aluminum. And yes you can ghost a…"
48 minutes ago

Mike Simpson left a comment for Billy Eggart
"Hi, are you interested in our Sacramento CBG builders zoom meeting? If so let me know 916 519-8612"
2 hours ago

t-belly johnson replied to Jerry Draper's discussion Piezo feedback
"Pre amp is certainly the best way to cure feedback but you can try covering your piezo in leather!…"
3 hours ago

Korrigan replied to Jerry Draper's discussion Piezo feedback
"I can't really give you a specific recommendation, since I really hate piezos (I'm a…"
4 hours ago

Jerry Draper replied to Jerry Draper's discussion Piezo feedback
"Thanks Kerrigan. Can you recommend a preamp for CBGs?"
5 hours ago

Korrigan replied to Jerry Draper's discussion Piezo feedback
"A preamp is you best bet for taming piezo feedback."
6 hours ago