Christmas 2013 will be here before you know it!

Shane Speal and Dan Sleep have organized the Christmas album in previous years, Dan asked me if I would like to help co-ordinate it for this year!

For any of the new folks here on the Nation, we have compiled a yearly album of songs played, composed and sung by our members.

The primary requirement is that the recording be of good quality, for example, If you are singing, we want to be able to hear your voice!

less in 2012 but all the submissions were amazing!,  we really don't have a limit on the number of songs we can include.

There has been a tremendous response to CB Nation collab projects this year, let's top the year off with with a

You can submit a cover of a traditional ("non copyrighted") song, or you can do something you wrote/composed yourself.

Please respond in this thread if you would like to participate!

...and include the song that you would like to have included in the album. Once we have the final album compiled, it will be posted as a free download, and anyone will be able to download it. So, you will be able to pass the links along to your friends and family!

Members' names and songs will be published here on this header,  completed MP3 files can be emailed to me at.... 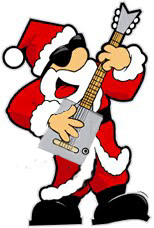 (actual order of songs on the album)

2. I Wish Every Day Was Christmas - Gary Davies

21. Do You Hear What I Hear? - Kenneth Wilson Hale 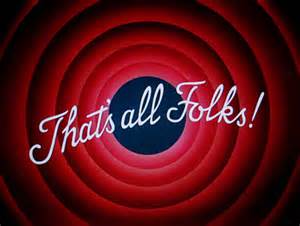 Permalink Reply by Leon O'R.E on December 22, 2013 at 1:44pm
ah yes. I see it now! Not to sound like too much of a pain in the butt, but can the song name on the album be changed to "O Come All Ye Faithful (Instrumental)" or Is it too late... Again, hate to sound like a picky pain in the butt...

yes it is too late i'm afraid...but still in time for christmas! (-:

you can change your own copy by re-tagging the mp3 - next year i will outline instructions for tagging and mastering...will save me a lot of work! (-:

Cheers, Steve. I appreciate the work you've put in, and can't wait to hear the results.

cheers mate, have a great holiday! (-:

I just wanna say to all involved....WELL DONE!

Started by Anthony adams in Performances, How to Play, Lessons, Concerts. Last reply by BrianQ. 25 minutes ago. 2 Replies 0 Likes

BrianQ. replied to Anthony adams's discussion Tutorial of weed eater used for strings on bass
"Check the Resources tab for plans, there’s a few Bass plans in there, you can really put weed…"
25 minutes ago

"Thanks Poorness I like those Old Rolling Stones tunes fun to play. "
6 hours ago

This is the cheap stuff you get at Walmart and it works better than the expensive wicks. I also…
7 hours ago
0 Comments 0 Likes